Did you know that we earned the title of Marijuana Dispensary of the Year in the Beverly Hills area?

We have to say, we’re pretty big fans of this city. Known for it for its infamous zip code, Beverly Hills is located in an ideal spot to access some of the best attractions in LA. It’s bordered by Los Angeles and West Hollywood, and is home to nearly 35,000 people. Beverly Hills has been the image of Southern California wealth and glamour for years with upscale hotels and high-end shops, the most famous of which is Rodeo Drive.

As the setting of so many songs, television shows, and films, it’s safe to say that Beverly Hills is loved by many. It brings in 7.4 million tourists every year to see the locations of celebrity homes, fine dining restaurants, famous shops, and beautiful gardens. Did we mention the views? Mulholland Drive is a 21-mile road that goes through the Santa Monica Mountains and Hollywood Hills and provides some of the most stunning views of the Los Angeles Basin and the Hollywood Sign. Beverly Hills is also home to some of the best public parks in the greater Los Angeles area, such as Will Rogers Memorial Park, Franklin Canyon Park. 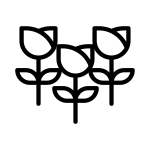 Between the Virginia Robinson Gardens and the Greystone Mansion and Gardens, you’ll find your fill of incredible views, immaculate landscaping, and lush gardens. 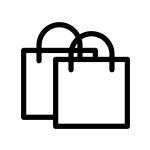 You might be tempted to shout, “Big Mistake!” as you wander through the cobblestoned streets of Rodeo Drive and look at all the high-end stores. Who isn’t?

Beverly Hills was home to countless movie stars and socialites throughout the years. A tourist favorite is visiting the Greystone Mansion, the 1927 home of the billionaire Ned Dohne Jr. and his wife.

Did you know that the area that became Beverly Hills was originally a Spanish ranch where lima beans were grown?

At the start of the 20th century, the area was purchased in an attempt to find oil, an effort that proved unsuccessful. In 1914, investors decided to develop it as a town. It was given its name after Beverly Farms in Beverly, Massachusetts nad because of the surrounding hills. There was significant growth in the 1920s, brining in a 2,000 percent population increase. The actors Mary Pickford and Douglas Fairbanks purchased their home, Pickfair, in 1919, which led to a substantial migration of movie stars coming from Hollywood to settle here instead.

Beverly Hills is a city with plenty of interesting facts. Did you know that most of its residents don’t live in the hills, but the “flats” portion of the area? The Beverly Hills ZIP code area is the richest per-capita in the country. It’s also the only city that is proud to be without a hospital and cemetery (this way no one is born or dies within this city). It also doesn’t have billboards or visible telephone or power lines. Even the fire hydrants are painted silver. The House of Bijan is the most expensive store in the entire country, and it requires a reservation to shop.