Did you know we were named Marijuana Dispensary of the Year in the Century City area?

Bordered by West Los Angeles, Westwood, Rancho Park, Beverlywood, and Beverly Hills, this neighborhood is right around the corner from us. Century City is a business hub for its surrounding areas. Its residential population is only around 6,000 people while its daytime population grows to 48,343 during the workweek. It has the highest percentage of senior residents of any other neighborhood in Los Angeles County at 26.4%. Military veterans compose 11.9% of the population, which is another high rate for the county.

Century City is a unique neighborhood on the Westside of Los Angeles. As a center for business and commerce, it often gets overlooked by visitors as a must-see destination in Los Angeles. However, this area is full of interesting places to visit for anyone interested in the arts. And anyone interested in shopping. It was created as a “city within a city” by Welton Becket in 1957, who was determined to utilize high rises and pedestrian bridges to ease crowding. Today, some of its signature locations include the Annenberg Space for Photography, Fox Plaza, Twentieth Century Fox Studios, and Creative Artists Agency. 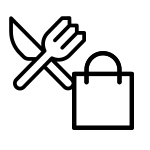 Westfield Century City isn’t just another mall. It’s one of the prettiest malls you’ve ever visited, and it’s got all the specialty shops, high-end brands, restaurants, and bakeries you could ever want. 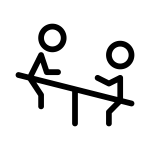 Century Park is a beautiful little oasis in the heart of Century City with plenty of green space, benches, restaurants, and occasional live music. 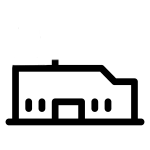 The Annenberg Space for Photography is a 10,000 square feet museum in downtown Century City that features digital and print photography, interactive exhibits, and lectures.

Did you know that Century City was named for the 20th Century Fox’s Century Property?

In the late 1940’s, the popularity of television resulted in major losses for popular film studios, and 20th Century Fox was one of them. After numerous attempts to recover their losses, Fox followed the example of Warner Brothers, Paramount, and Universal Studios and decided to sell their land. The then-President of 20th Century Fox had a nephew in-law named Edmond Herrscher, an attorney who would later be credited with the title as “the father of Century City”. Herrscher saw an opportunity to sell parts of the lot for business and commercial real estate development. The rest is history.

Century City is full of interesting historical tidbits and “did you know” trivia. For example, Century City is ranked as the 7th highest zip code in the country. Fox Plaza in Century City is one of the neighborhood’s more famous buildings - your might know it better by the name Nakotomi Plaza, the fictional office building in the 1988 film Die Hard. Century City’s Century Plaza Hotel earned the title of the “West Coast White House” in the 1970’s. Ronald Reagan loved Century City so much that he constructed his post-White House office there.